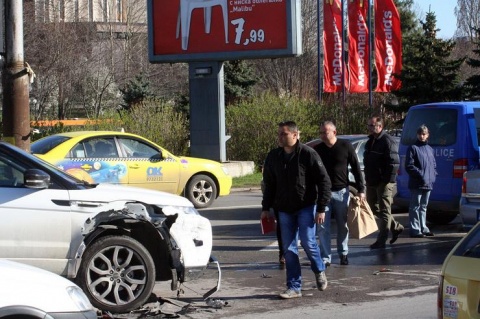 Kazakov was involved in a freak car crash early Thursday, when an SUV and three other vehicles collided. The accident occurred at around 6:00 am near the National Palace of Culture in downtown Sofia. The "FBI" Head was with his driver in a government-issued automobile.

Plevneliev also firmly rejected rumors the crash could be an attack on Kazakov's life, stressing this has been a common traffic accident and there were no reasons whatsoever for alarm.

In the message, the DANS Chief has further informed the President he was on a business trip.

Local media claimed that the crash was caused by the SUV deliberately hitting Kazakov's car. Two men allegedly left the SUV and the scene in another vehicle that was waiting for them.

The authorities have firmly rejected the above, but have confirmed reports the SUV, a white Land Rover, had been stolen.

Kazakov, reportedly, has been on his way to the airport to leave for the said business trip.