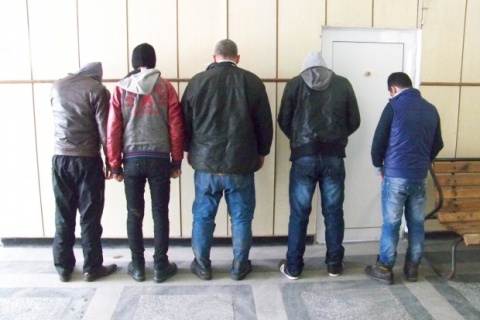 The group consists of five men, three women and three children, all of whom without passports.

They were stopped near the village of Matochina and told authorities that they were a family, according to local media.

Police are said to be investigating the case.