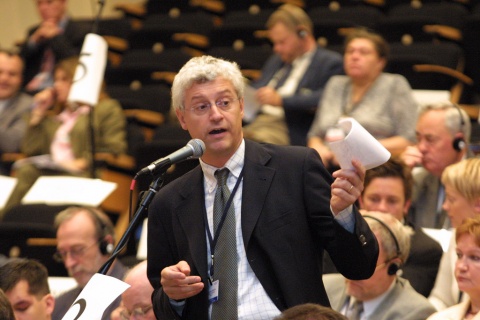 Giovanni Kessler is an Italian politician and Director General of OLAF since 2010. Photo by commons.wikimedia.org

Kessler stated he believed Bulgaria's next government must stay on the path set by the one of Prime Minister, Boyko Borisov, and his centrist Citizens for European Development of Bulgaria party, GERB.

The OLAF Chief spoke at an informal conference in Brussels titled "Bulgaria at a Crossroad – Current Internal Political Challenges," organized by the Bavarian representation in the EU and the Hanns Seidel Foundation.

Tsvetanov was one of the speakers at the event. Kessler has also given high marks to the Bulgarian AFCOS unit during GERB's term.

Bulgaria's Coordination of the Fight against Infringements Affecting Financial Interests of the EU (AFCOS)" Directorate is a specialized administrative body within the Ministry of Interior as an OLAF partner and national contact point in the field of protection of the European Communities financial interests in the Member States and other countries. AFCOS assists and carries out the overall coordination of operational cooperation between OLAF and the national competent authorities in the field of anti-fraud activities.

"It is very important to continue the inter-institution partnership, the fight against abuse of EU funds, and encourage tipoffs about breaches and violations," said Kessler.

Ahead of the conference, Monika Hohlmeier, from the Group of the European People's Party, EPP, (Christian Democrats) at the European Parliament, and member of the Committee on Budgets and CRIM (Special Committee on Organized Crime, Corruption and Money Laundering), told Bulgarian journalists in Brussels that criminal structures in Bulgaria knew how much they lost during GERB's and Tsvetanov's term, thus the relentless and strong attacks on the former Interior Minister in his own country.