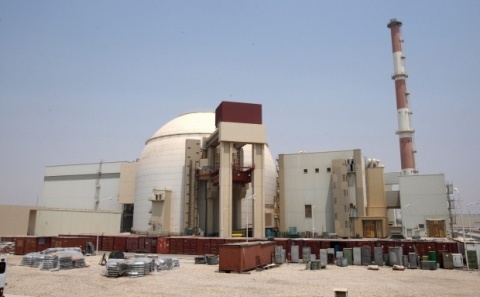 The strong quake is centered about 91 kilometers southeast of Bushehr, the site of a key Iranian nuclear facility. Photo by EPA/BGNES

An aftershock with a magnitude of 5.6 on the Richter scale has been registered in southern Iran, according to US Geological Survey (USGS).

The quake had a depth of 10 km and the epicenter is 94 km south of Bushehr, the site of a key Iranian nuclear facility.

On Tuesday, an earthquake with a 6.3 magnitude hit the country. The quake struck at 11:52 GMT at a depth of 10km.  It was centered about 91 kilometers southeast of Bushehr.

Some 10 000 people are thought to live in the affected area in more than 50 villages, two of which have reportedly been completely leveled.

At least 700 houses and a number of other buildings have been damaged.

Rescue teams have been sent to the affected area and the UN has offered humanitarian aid.

Rosatom subsidiary Atomstroyexport, the Russian contractor which built the Bushehr plant, declared that the plant has not been affected by the earthquake.