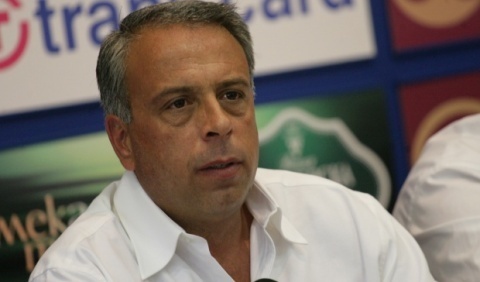 Emil Dimitrov, former controversial Member of the Parliament from the centrist Citizens for European Development of Bulgaria party, GERB, has left Bulgaria and is currently in another EU Member State.

Speaking on the phone for Channel 3 TV, he explained he was going to tell a foreign notary public important things he knew, stressing he decided to go abroad over fear for the lives of his children as he had information there was a threat against them.

Dimitrov said he would return to Bulgaria in upcoming months as he did not want to become expat.

"But currently I am securing protection of the information I have as a warrantee for the life of my family and for my life. I do not want to have something that recently happened to other children happen to mine," he stated, possibly hinting about the recent kidnapping of the daughter of alleged Bulgarian drug lord, Evelin Banev AKA Brendo.

The former MP also denied saying if the said information would discredit the GERB party on grounds he then could not use it as a warranty, but promised to comment more after the snap general elections on May 12.

He disclosed he knew all his phone calls were wiretapped, however, he was not at all afraid.

On the fact he was eliminated from GERB's election ballots, Dimitrov reiterated it had been his own decision as politics turned out to be a dirty game for him.

He was firm someone was plotting against him, but added he had no concrete proof.

The MP stated he last spoke to former Prime Minister and leader of GERB, Boyko Borisov, after the Commission for Establishing and Preventing Conflict of Interest announced it has found that he has committed a number of such conflicts.

"I called him to tell him to convey my "gratitude" to Tsvetan Tsvetanov and Iskra Fidosova. Anything else we said to each other remains between us," Dimitrov concluded.

The former MP was always considered to be someone very close to Borisov.

On Saturday, GERB vice-chair and election campaign manager, Tsvetan Tsvetanov, stated that his formerly ruling party "had nothing to do" with Dimitrov.