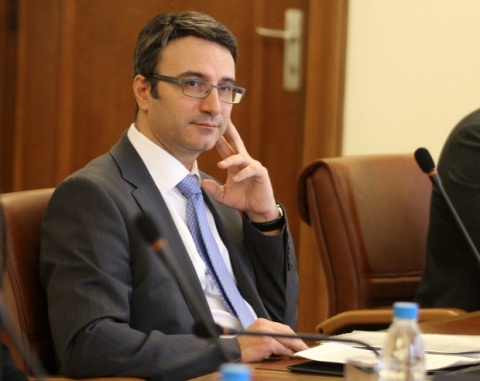 Traicho Traikov was the first Economy and Energy Minister in the centrist GERB Cabinet. Photo by BGNES

There is no threat of power outages in Bulgaria, according to one of the former Energy and Economy Ministers, Traicho Traikov.

Traikov made the comment Friday, before Nova TV, in connection with the Electric Energy System Operator's, ESO, announcement it was imposing restrictions on the production of electricity from all types of power plants because it was currently impossible to maintain a balance between demand and supply. The restrictions became effective on April 3.

"The current consumption of electricity is not much different than the one during the same period of last year, but now its prices on international markets are different and this is why the export is down. We are not facing power outages; to the contrary – there is overcapacity," Traikov, quoted by Standard daily, explained.

The restrictions, however, would certainly cause losses for many in the energy sector. Valentin Nikolov, Director of Bulgaria's only Nuclear Power Plant "Kozloduy" estimates these losses for the NPP to be BGN 19 M.

Traikov stressed during his term as Minister in the Cabinet of the Citizens for European Development of Bulgaria party, GERB, the country had 4 to 5 times fewer photovoltaic plants.

In the same TV studio, former Deputy Energy Minister in the Three-Way Coalition Cabinet, Yavor Kuyumdziev, stated he believed the situation is critical.

According to him, the crisis has not been caused by electric power prices in the region, but by the transport tax, increased two-fold in July 2012, which had destroyed Bulgarian electricity export.

Kuyumdziev explained the photovoltaic boom happened right after the tax was introduced. He sees the big problem in Bulgaria's energy sector in the contracts with photovoltaic plants, Water Power Plants, WPP, and with Mariza Iztok 1 and 3 Thermal Power Plants, TPP, binding the National Electric Company, NEK, to purchase the electricity they produce regardless of the demand.