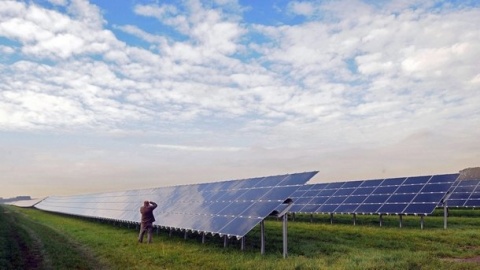 The Bulgarian Photovoltaic Association (BPVA) has come up with a letter protesting the decision to impose restrictions on the output of renewable energy plants in a bid to maintain the balance of the energy system.

The restrictions were imposed at the request of the Electricity System Operator (ESO) after brimful dams caused hydropower plants to start functioning at full capacity.

The situation necessitated changes to the energy mix and a reduction in the shares of energy produced by the Kozloduy Nuclear Power Plant, renewable energy plants, and coal-fired thermal power plants, according to reports of investor.bg.

According to the statement of the BPVA, renewable energy plants cannot influence the balance of the energy system because their capacity ranges from several KW to several MW.

The BPVA says it is preparing a tip-off to Chief Prosecutor Sotir Tsatsarov to request that the ongoing violation of existing Bulgarian and EU laws got stopped.

"The spate of accusations against green energy seeks to justify the series of wrong political decisions which pushed Bulgaria's energy sector from  deficit in January 2010, when electricity exports were stopped, to overproduction in March-April 2013" the BPVA declares.

Meanwhile, power distributors CEZ and EVN said that they would temporarily switch off or restrict the output of wind farms and photovoltaic plants in line with a request of the Electricity System Operator (ESO).

CEZ announced that they would switch off wind and photovoltaic plants on the territory of Sofia, Pernik, Kyustendil and Montana from 10 am to 6 pm on Thursday.

EVN explained it would introduce restrictions for the period 10 am to 5 pm on Thursday, with 40% of the installed renewable energy capacity to be gradually disconnected according to an agreed schedule.