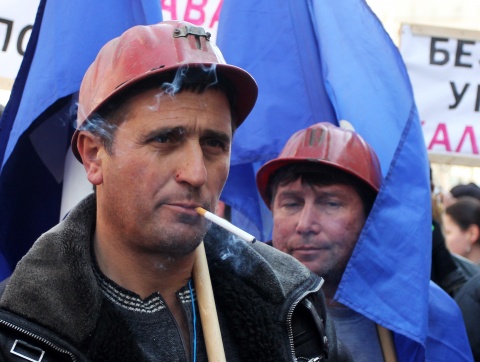 The branch association of Bulgarian miners will discuss Thursday steps to alleviate the crisis plaguing the sector.

Some 1500 workers of Bulgaria's state-owned Maritsa Iztok Mines are on paid leave due to the reduced demand for coal, according to reports of the Bulgarian National Television (BNT).

Apart from that, some 2000 miners from Bulgaria's Southwestern mining region have also been sent on forced leave due to the reduced workload.

Electricity consumption in Bulgaria has fallen dramatically due to the warm weather, household spending cuts, and high power bills.

The Maritsa Iztok 3 Thermal Power Plant was stopped, while the Maritsa Iztok 2 TPP and the AES Galabovo TPP are producing very small quantities of electricity, causing coal production to plummet from 74 000 to 14 000 tonnes.

Trade union representatives insist that Bulgaria's State Commission for Energy and Water Regulation (DKEVR) keep its pledge stated in early March to keep the pace of work at mines and TPPs running on Bulgarian coal unchanged.

On March 26, caretaker Economy and Energy Minister Asen Vasilev pointed out that Bulgaria had excess generating capacity, at 12 000 MW, provided that domestic consumption in peak hours amounted to 4700 MW while exports stood at 300 MW.

Trade unions expect that the Thursday meeting will result in concrete measures aimed at rescuing Bulgarian coal mining, stressing that miners are gearing up for protests if no steps are taken to resolve the crisis.