Pope Francis Prays for Peace in Syria, Korea on Easter 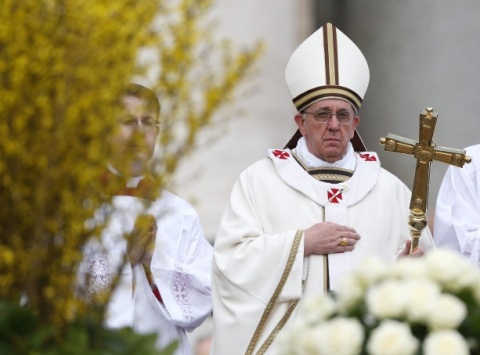 Newly enthroned Catholic pope Francis has voiced a deep prayer for the restoration of peace in Syria and the prevention of war in Korea on Catholic Easter.

In his first Urbi et Orbi Easter address, pope Francis said he hopes for a "political solution" to the civil war raging on in Syria for two years now.

He also said he called for a refraining from armed conflict in the Korean peninsula, where tensions have reached significant heights in the last few days.

Pope Francis also spoke against human trafficking, calling it "the most rampant form of slavery in the 21th century."

In 2013, Orthodox Christians celebrate Easter, which is a moveable feast, on May 5.