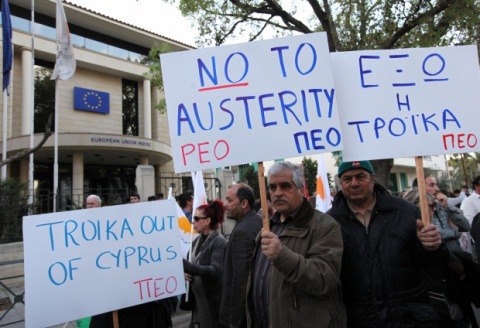 Austerity measures, the levy on bank deposits, and unprecedented capital controls led to mass protests across Cyprus. Photo by EPA/BGNES

Authorities in Nicosia have launched an investigation after Greek media published the names of politicians who allegedly had loans forgiven by three Cypriot banks at the height of the crisis.

BBC reports Sunday that the Bank of Cyprus, Laiki and Hellenic Bank apparently wrote off loans of EUR millions to companies, local authorities, and politicians from some of the island's biggest parties.

The list has now been handed to the ethics committee of the Cypriot Parliament.

The scandalous news came on the backdrop of news Bank of Cyprus depositors with more than EUR 100 000 could lose up to 60% of their savings as part of an EU-IMF bailout restructuring move.