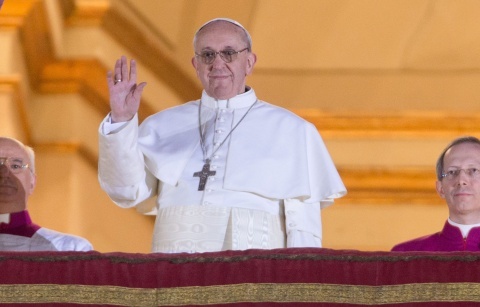 Over 20 000 Bulgarian Catholics are celebrating Easter on Sunday, March 31st.

The Roman Catholic community in Bulgaria accounts for less than 1 percent of the population but the small country takes pride in serving as a model for cooperation between the Catholic and Orthodox churches.

The municipality of Rakovski, part of a small Roman Catholic pocket in southern Bulgaria in the Plovdiv Region, has the biggest Catholic community in the country. 14 000 live there, while the rest are in the nearby municipalities of Plovdiv and Kaloyanovo.

The visit of the late Pope John Paul II to Bulgaria in May, 2002 - part of his historic journeys to Orthodox Christian lands - is considered to be a huge step in healing 10 centuries of estrangement between Roman Catholics and Orthodox.

The subject of Catholics gained popularity in Bulgaria after the collapse of Communist on November 10, 1989, in connection with the fresh disclosures of the crackdown on them under the regime.

According to Svetlozar Eldurov's book "Catholics in Bulgaria: 1878-1989," the first ever comprehensive study of that period in the history of the Catholic community in Bulgaria, most of the literature since the start of the 20th century has viewed Catholics as alien and damaging to Bulgarian national unity.

Along with the other religious denominations, Catholicism has long been just a subject of study for the purposes of scientific atheism.

Pope Francis is serving Sunday an open-air Easter mass on St Peter's Square, followed by the traditional "urbi et orbi" (to the city and the world) blessing.

The mass and the blessing, delivered in a number of languages, including Bulgarian, will be broadcast live across the globe.

This is the first Easter season of the pontificate, who was elected on March 13, 2013.

Francis, 76, formerly Cardinal Jorge Mario Bergoglio, is the first Latin American - and the first Jesuit - Pope. He already gave firm signs he is to stamp his style on the papacy in applauding media and informing the Catholic Church would become "a compassionate NGO" without spiritual renewal.