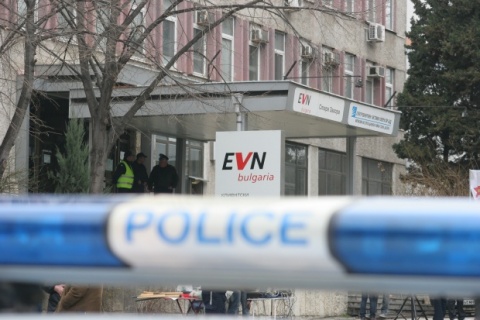 The three power distributors operating in Bulgaria - CEZ, EVN, and Energo Pro – have become the target of a collusion probe. Photo by BGNES

Police and anti-monopoly watchdog representatives have raided the premises of the three power distributors operating in Bulgaria - CEZ, EVN, and Energo Pro.

The search warrant has been issued by the Administrative Court in Sofia, the authorities announced on Thursday afternoon.

Their aim is to gather evidence and documents that the energy companies colluded to prevent clients from switching over to a new electricity provider.

The raids have been coordinated in advance with the General Directorates Competition and Antitrust, Energy and Environment at the European Commission.

The news comes exactly a month after prosecutors from Sofia, Varna and Plovdiv and tax officials entered the offices of the three power distributors functioning in Bulgaria, CEZ, EVN, and Energo Pro, to start inspections.

Tsatsarov presented the steps taken by the prosecuting authority in connection with the growing public discontent over the high electricity prices.