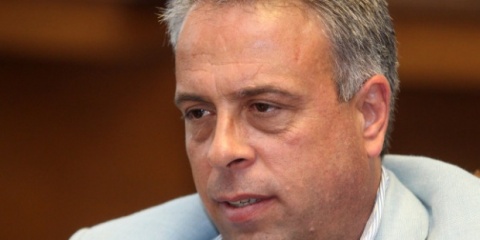 The infamous Bulgarian Business University in the Danube town of Svishtov and its President, Velichko Adamov, have been entangled in a new scandal revolving around the newly founded college students' movement "Eagles' Bridge."

One week ago, the movement, led by the National Representation of Student Councils' (NPSS), elected legendary football player Hristo Stoichkov as their patron.

According to an investigative report of Trud (Labor) daily, the NPSS Chairman, Angel Georgiev, is a graduate of the Svishtov College.

Amidst claims that controversial former ruling party GERB MP Emil Dimitrov might be standing behind the new organization, it emerged that Dimitrov is also a graduate of the same school, a lobbyist for it, and a member of its Board of Trustees – the latter being a serious breach of the College Education Act as MPs are banned from holding such posts.

According to Trud, Dimitrov has replaced at the Board Grisha Ganchev, well-known Bulgarian businessman and partner of Great Wall in the country.

President Adamov has told the daily the former GERB MP has been elected as Board member by the school's academic council in 2010, but failed to explain the legal breach.

As MP, Dimitrov had managed to secure a BGN 0.5 M increase in the budget of the Business University. Legal experts say this is a definite conflict of interests.

In comparison, the budget of Sofia University, Bulgaria's oldest and most prestigious college, has been increased by BGN 100 000.

After Dimitrov became member of the Board, the youth organization of GERB (Citizens for European Development of Bulgaria party of former Prime Minister, Boyko Borisov – a close friend of Dimitrov) has been established at the school. Many of its members are also in NPSS, which is led by Angel Georgiev.

Georgiev has been enrolled at the college since 2002 and has one bachelor's degree, three master's degrees and a PhD from it. He has also been the leader of its Student Council for 6 consecutive years, in breaching the requirement limiting the term to two 2-year mandates.

NPSS is a State structure and has a say in issues pertaining to college education. It was also the only organization to defend the scandalous Scientific Research Fund, accused of draining BGN 15 M in financing for research.

Meanwhile, the name of notorious lobbyist Krasimir Georgiev AKA Krasio the Black has popped once again in connection with the Svishtov Business University. Krasio has been approved for a PhD program at the same time as Angel Georgiev.

Sources from the school have told Trud the two were friends and Krasio has been awarded the public tender for dorm repairs while Angel's father  - the one for fuel deliveries in the amount of BGN 1 M.

The Krasio scandal started in June 2009, when a member of the former Supreme Judicial Council, Ivan Kolev, revealed information that "some guy called Krasio from Pleven" promised appointments to magistrate positions in exchange for EUR 200 000. Krasio was said to be able to "guarantee" the support of 8-13 members of a total of 27 members of the Council.

Several judges and magistrates, including Supreme ones, have been dismissed or resigned in the aftermath over proven contacts with Georgiev.

One of them, the Deputy Chair of the Appellate Court in Veliko Tarnovo, Milcho Vanev, admitted he knew Krasio, who was introduced to him by the President of the Svishtov Business University, Velichko Adamov. Adamov told him Krasimir Georgiev was a person who could offer help in Vanev's attempts to transfer his cancer-suffering father to a better hospital in Sofia.

The Education Ministry has told Trud that they have checked the list of members of the Board of Trustees, and found that it had not been updated as it still lists Grisha Ganchev, but not Emil Dimitrov. They pledged a detailed probe in the case.

Hristo Stoichkov is also known to be a close friend and staunch supporter of former Prime Minister, Boyko Borisov.