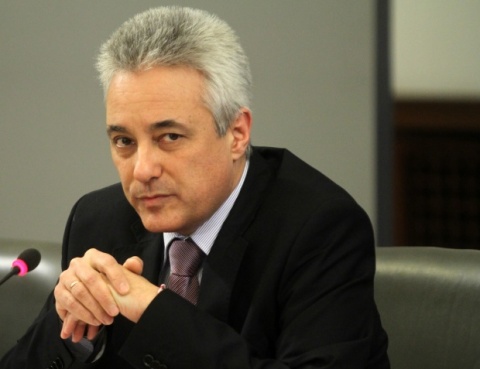 Bulgaria's caretaker PM, Marin Raykov, will personally lead the work group which will establish rules for the selection of a particular bank for depositing monies of State companies. Photo by BGNES

Bulgaria's caretaker Prime Minister, Marin Raykov, has issued an order to establish a work group to create rules for transparency in the selection of a particular bank for depositing monies of State companies.

The information was published Tuesday on the official internet page of the government.

The goal is to have universal rules to be adhered to by all Ministers and State companies.

Currently, there are no such rules. In May 2010, the Finance Ministry published a report revealing that 48% of the monies of State-owned enterprises and 95% of the deposits of the energy holding, which adds up to more than BGN 76 M, are managed by one bank – Corporate Commercial Bank, CCB.

In November, 2011, former PM Boyko Borisov said if the State was to withdraw its money from CCB, the bank would become insolvent, triggering a domino effect.

The majority owner of CBB, Tsvetan Vassilev, gave a rare interview, published Monday in the Austrian Der Standart daily, where he confirmed his bank holds most of the monies of State energy companies, but stressed there were hundreds of other State-owned enterprises that were not CCB clients.

In the same interview, he accused President Rosen Plevneliev of providing cover-up and protection for particular business interests.