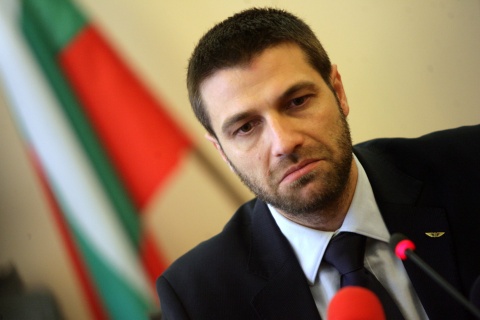 Bulgarian caretaker Transport Minister Kristian Krastev will organize a meeting with the largest creditors of the Bulgarian State Railways (BDZ) on Monday to discuss the future of the heavily indebted company.

The much-anticipated privatization of the freight unit of BDZ, BDZ Freight Services, may be delayed because the potential buyers are considering withdrawal due to the huge debts of the company, according to reports of the Bulgarian National Television (BNT).

On March 11, Bulgarian Privatization Agency head Emil Karanikolov argued that no bidders had withdrawn from the the privatization procedure for BDZ Freight Services, countering the claims of former Transport Minister Ivaylo Moskovski that the candidates had been put off by the protests against the sale of the cargo unit of BDZ.

Kristian Krastev explained Monday that BDZ had been effectively insolvent since 2008, adding that "this will hardly be sensational news to anybody."

Regarding senior-level reshuffles at BDZ, he said that he would make up his mind about potential changes only after he was acquainted with the current situation of the company in detail.

He pointed out that BDZ Holding had run up losses of BGN 716 M and its debts to the largest creditors amounted to EUR 35 M on average per creditor.

Meanwhile, BNT reported that Bulgaria's Privatization and Post-Privatization Control Agency (PPCA) had received a request for an extension of the bid submission deadline by March 28 by two potential buyers of BDZ Freight Services.

BNT also informed that by Romanian TD Grup Feroviar Roman and Austrian Donau-Finanz Transport had requested additional information on the condition of the state-owned railway carrier.