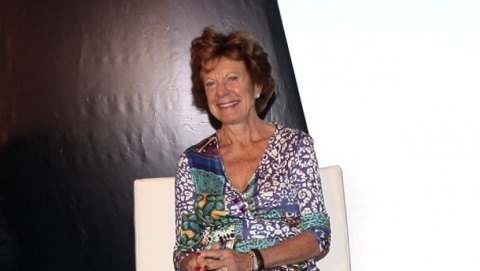 Bulgaria is among the negative examples of media practices, used by the European Commission to ground the need of large-scale consultations on media freedom on the Old Continent.

The consultations are being launched Friday by the European Commission Vice President Neelie Kroes.

One of the main topics would be the independence of media regulators. The EC will seek changes in European legislation if it emerges that there is a need of additional guarantees for this independence.

It is expected that in her Friday address, Kroes would justify the consultations by using as example problems in three EU Member States – Bulgaria for the concentration of ownership and lack of transparency; Hungary for the government closing "inconvenient" media and replacing editorial staff, and Great Britain for wiretapped conversations of journalists seeking sensational stories.

In her speech, leaked to the press ahead of time, and cited by the Brussels correspondent of the Bulgarian National Radio, BNR, there is also a statement that politicians in Brussels often overlook such problems for the sake of party solidarity.

The consultations will conclude on June 7.

In the letter, Kroes, whose reaction to the massive manipulations in Bulgarian media seemed rather lackluster in September 2012, made it clear once again that she was deeply concerned about media freedom in the country.

It is strongly believed that a very large share of the media market in the country is under the influence and ownership of banker Tsvetan Vassilev (Corporate Commercial Bank, CCB) and former Member of the Parliament from the ethnic Turkish party Movement for Rights and Freedoms, DPS, Delyan Peevski, who was recently and scandalously reinstated as investigator at the Sofia Investigation Office after the Parliament was dissolved.

Peevski, however, does not and never had a company registered in his name, while banker Vassilev prefers to present himself as media consultant for TV7.

In a TV interview at the beginning of February, Borisov commented in an unprecedented admission that honorary, lifetime DPS leader, Ahmed Dogan and his party controlled a large part of media in Bulgaria, grounding it on the fact Peevski was a DPS MP.

The bank is widely believed to finance the media group

In January, the European Commission announced that it has decided to refer Bulgaria to the EU's Court of Justice over the assignment of digital broadcast spectrum as the country awarded the licenses for its multiplexes to only two companies - Latvia's Hannu Pro (four) and Slovakia's Towercom (two).

At first it was not clear who stands behind the foreign investors, but soon the names of Tsvetan Vassilev and Irena Krasteva, popped up in all deals.

After Borisov's resignation on February 21st amidst huge protest rallies across Bulgaria, some the media outlets in the group, particularly TV7, shockingly changed course and from being pro-government became Borisov's strongest critics.