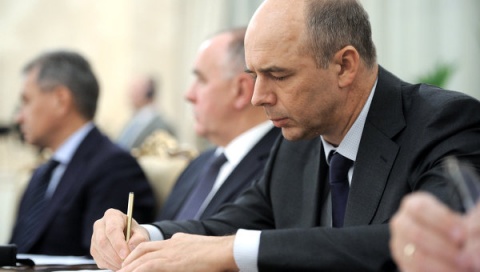 "The talks have ended as far as the Russian side is concerned," Siluanov told reporters. File photo

Talks between Russia and Cyprus on a possible financial rescue package have ended without result, Finance Minister Anton Siluanov said on Friday to the chagrin of the crisis-hit country.

"The talks have ended as far as the Russian side is concerned," Siluanov told reporters.

He added that Russian investors were not interested in Cyprus' offshore gas reserves.

Cyprus Finance Minister Michalis Sarris arrived for talks in Moscow on Wednesday, hoping to negotiate a delay in the repayment of Russia's EUR 2.5 B loan.

Russia had initially said it may reconsider the terms of the loan it made to Cyprus in 2011, which was separate from the proposed eurozone bailout.

Michalis Sarris hoped to convince Moscow the repayment on that loan is delayed until 2020, and the interest rate - reduced.

But any tax on bank accounts, even if mitigated by a loan from Russia, would still carry the risk of a serious flight of capital, according to commentators.

Russians account for about a third of all deposits in Cypriot banks, and Russian banks have lent heavily to businesses on the island.

The plan to tax bigger deposits at a higher rate has angered Russia.