Proceedings to Be Launched against Sofia City Prosecutor 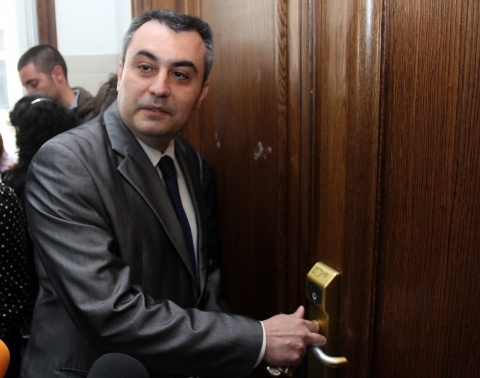 Sofia City Prosecutor Nikolay Kokinov faces disciplinary proceedings over a breach of the system for random assignment of lawsuits. Photo by BGNES

Bulgaria's Supreme Judicial Council has announced that it will initiate disciplinary proceedings against Sofia City Prosecutor Nikolay Kokinov over a breach of the system for random assignment of lawsuits.

The proposal for the disciplinary proceedings was submitted by Bulgarian Chief Prosecutor Sotir Tsatsarov last week.

Tsatsarov's move was triggered by the fact that prosecutor Georgi Tafrov had been assigned to a case against officials of the National Electricity Company (NEK) without using the random case assignment system.

Last week, Tsatsarov said that NEK had sustained damages of BGN 90 M as a result of sales of electricity to a Swiss company at lowered prices.

Kokinov has argued that the case was assigned to Tafrov on the instructions of Hristo Gramatikov from the Supreme Prosecutor's Office of Cassation.

Gramatikov, however, has rejected such claims.