Cyprus Banks to Remain Closed in 'Next Few Days' 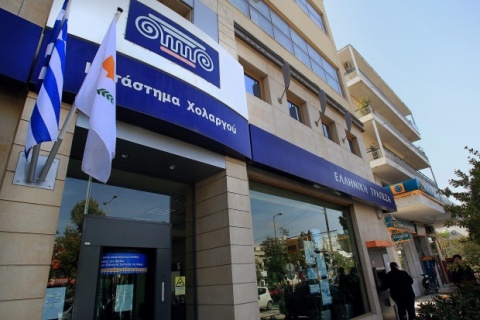 Banks in Cyprus may remain shut until Monday to prevent mass withdrawals. Photo by EPA/BGNES

Cyprus took the unprecedented step on Monday of closing its banks until Thursday, but officials have decided to keep banks shut down "in the next few days" until an agreement is concluded.

Nicholas Papadopoulos, the chairman of the parliamentary finance committee, said banks would remain closed "for as long as we need to conclude an agreement" but stressed this would be "in the next few days."

Banks had been ordered to remain shut until Thursday while the bill was debated and amended, to prevent a bank run.

Cypriot President Nicos Anastasiades is meeting party leaders to hammer out a Plan B after a one-off tax on savings failed to get the support of any MPs.

President Anastasiades is holding the emergency meeting of party leaders and the central bank governor in Nicosia to "examine alternative plans to address the situation that may arise following... the parliamentary vote", his office said, as cited by BBC.

Anastasiades, who was elected to the presidency on 24 February, will also hold a cabinet meeting and talks with the European Union, European Central Bank and International Monetary Fund (IMF).

Germany says banks in Cyprus may never reopen if a bailout is not agreed.

Banks in Cyprus have been shut until Thursday to prevent mass withdrawals. The stock exchange remains closed.