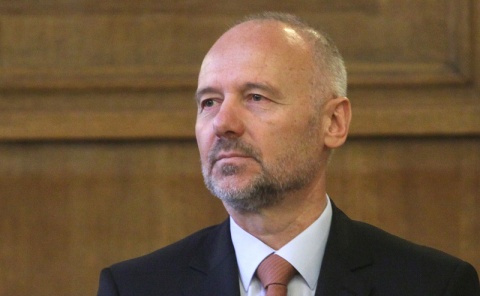 The Kandahar airport where Bulgarian NATO contingent is stationed has been under rocket fire, the Bulgarian caretaker Defense Minister, Todor Tagarev, announced Monday.

Speaking for the Bulgarian National Television, BNT, Tagarev explained the incident happened just ahead of the rotation of Bulgarian rangers in Afghanistan.

None of the some three hundred Bulgarian rangers at the Kandahar Air Base have been wounded, according to the Minister. There is no material damage either.

The worst incident with Bulgarian soldiers in Afghanistan to date occurred in January 2010, when four Bulgarians were wounded in a Taliban rocket attack, with one of them subsequently losing his hand. The incident coincided with the visit to the base of then Bulgarian Defense Minister and later Foreign Affairs Minister, Nikolay Mladenov.

Tagarev officially welcomed back home Sunday 176 rangers from the country's NATO-led ISAF forces in Afghanistan. He says they are in excellent health condition and their spirit is high.

Another group of them has landed Monday morning. The official welcoming ceremony for them will be held on March 26 in the town of Kazanlak.