Bulgarians Rally against Monopolies Once Again 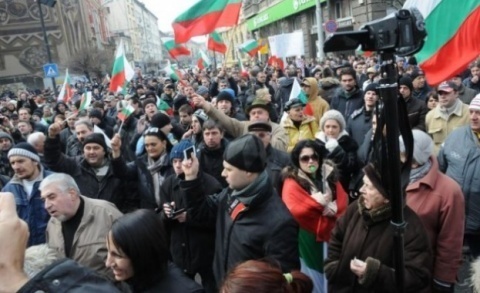 Bulgaria has seen two months of protests against energy monopolies. Photo by BGNES

Anti-monopoly rallies are taking place in a total of 18 towns and cities, according to local media. Bulgarian communities in Athens, Madrid and Barcelona have expressed support for the protesters on Facebook.

Bulgaria has seen two months of protests against energy monopolies, with some demonstrators demanding the nationalization of the power distributors in the country.

On Saturday, it was revealed that the prosecution in Bulgaria has requested the revocation of the license of Czech power utility CEZ over massive regulatory breaches.