For How Much Longer Will This Last? 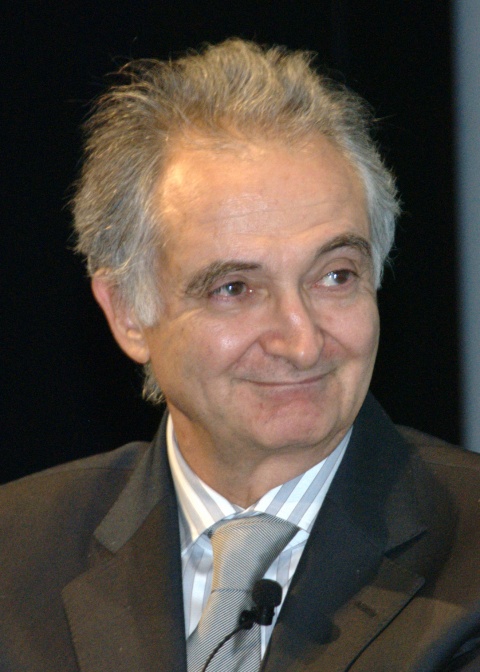 Jacques Attali is a French economist, writer and senior civil servant, former adviser to President Fran?ois Mitterrand and first president of the European Bank for Reconstruction and Development. Photo by Wikipedia

Everything shows that we are moving towards a paroxysm of imbalances, and no retraction force seems to be taking shape to bring us back towards equilibrium.

Global temperatures according to an article published in the American journal Science, are warmer than those recorded in most of the past 11,000 years.

And the modern warming is unique, because of its rapidity, extremely brutal: shaped like a hockey stick, experts say, and temperatures will continue to rise over the coming decades, and they are likely to surpass levels not seen before.

According to various studies from banks and official forecasting agencies, the public debt of OECD countries will reach in 2013 levels not seen since 1945 and will continue to increase in the coming years; more importantly, in the U.S., the debt of all economic agents exceeds 400% of GDP that is to say more than what it was in 1930. And again, everything suggests that, despite all the austerity efforts, the ratio of government debt to GDP will continue to rise, as long as, and where, the nominal growth will not be significantly higher than the interest rate. The wealth of the richest continues to grow far quicker than that of the global growth, widening inequalities still further to levels never seen before: according to a leading expert in luxury real estate, the number of « High-Net-Worth Individuals » (HNWI), (with assets over million, is going to be bolstered from its current level of 180,000 (61,000 in North America, 53,000 in Europe, 42,000 in Asia) to 270,000 in ten years. In 2012, the number of these super-rich increased up to 8,700 people, and their total wealth increased by 566 billion dollars to reach afterwards 26,000 billion, that is to say more than a third of global GDP and over 10% of the world's private wealth, for about, counting their families, 1 million people: 10% of the world's heritage will be in ten years in the hands of 0.0125% of the world population. Without the justification of work or creativity. These trends are untenable. A world where the temperature would be 6 to 10 degrees higher than it is now, where public debt would be 300% of GDP, where 10% of the heritage of humanity will be in the hands of one fifty-thousandth of the population would be hell.

Something will happen before.

Today, as is often the case, nobody wants to believe that this will happen. Everyone believes  that reasonable retraction forces will develop. That for the climate this will come through controlling CO2; for debt, through growth and controlling deficits; and for the income gap through income transfers.

Others believe that these three problems will be solved by technological development, thus saving energy, which will make the State more efficient, and will disseminate wealth to the entire world population.

Man's worst enemy today, is himself. His ability not to accept things as they are: he wanted to be free. He is. With Heaven's help that he does not prove this unto himself by committing suicide.

With Heaven's help that we all respond on time.