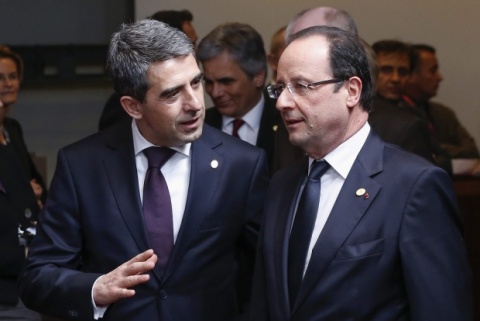 He is the Belgium capital for the European Council summit. His statement comes ahead of next week's sitting of the EU Ministers of Economy and Finances where a debate on ways to quickly and efficiently liberalize Bulgaria's energy market will be on the agenda.

The President has also noted that if the State would begin unwise spending, all Bulgarians will have to pay the price. He has explained the new caretaker government would have a "more ambitious than expected approach to the liberalization and would prepare draft bills in this sector."

He stated the free choice of electric power suppliers would be in the interest of both citizens and the business.

"Many of those who in the last 15-20 years had a say in the Bulgarian energy sector must now explain why we remain at the bottom and are being sanctioned for not adhering to European legislation and regulation," according to Plevneliev.

At the European Council, he has also asked for Bulgaria to be included in the European Commission's program for assistance for Member States with the highest youth unemployment rates as the one in his country has already reached 27%.