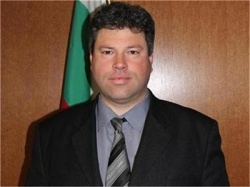 According to reports of the Legal World magazine, as cited by 24 Hours daily, Iliev was summoned for a hearing at the Supreme Judicial Council (VSS) on Thursday in connection with disciplinary proceedings against him.

Sources close to the matter claimed that Iliev had resigned right after the hearing.

"It is true to some extent but you will learn the details from the respective body," Iliev stated in a phone conversation.

In end-January, Chief Prosecutor Sotir Tsatsarov submitted a proposal for initiating disciplinary proceedings against Iliev over breaches in the assignment of the SAPARD fraud case.

The case was assigned four times, the first three results ignored against only one self-recusal of a prosecutor.

The fourth attempt to assign the case involving large-scale SAPARD fraud happened not through random selection but by citing a concrete name of a prosecutor, Stoycho Nenkov.

The fact caused Bulgaria's Chief Prosecutor to demand that the VSS impose an adequate penalty on Iliev.

The result of the disciplinary proceedings is still unclear.

Iliev was elected Sofia Appellate Prosecutor on July 12, 2012, prior to which he was Deputy Sofia City Prosecutor.