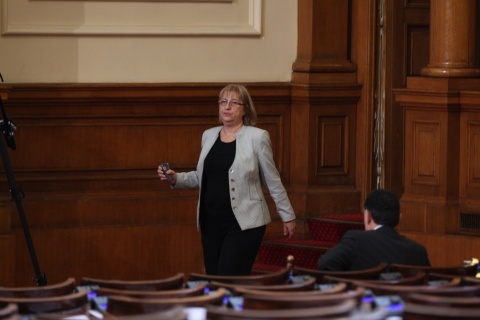 Bulgaria's Parliament has been officially adjourned ahead of the upcoming snap elections due to take place on May 12.

"The 41st Parliament made a serious contribution to the democratic parliamentary publicity," she argued.

"The time has come for the adjournment of this Parliament, everyone here and everyone in Bulgaria feels it," said Tsacheva.

The Parliament held its last session on Thursday, one day after President Rosen Plevneliev issued a decree that adjourned it.

With another decree issued on Wednesday, Plevneliev appointed a caretaker government that will be headed by diplomat Marin Raykov.

At an official ceremony caretaker prime minister Marin Raykov took over from former prime minister Boyko Borisov. Until the high-level and rather surprising appointment at the helm of Bulgaria's caretaker cabinet Raykov served as the country's Ambassador to France.