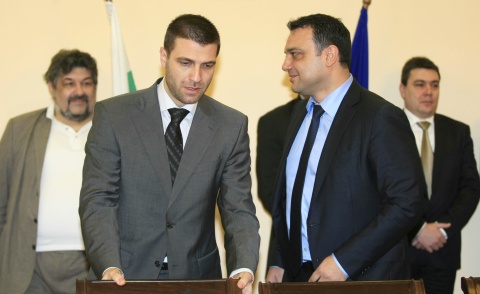 Kristiyan Krastev, appointed Minister of Transport, Information Technology and Communications in Bulgaria's caretaker government, has argued that his main goal will be to ensure a smooth transition to the early elections.

The early elections in the country have been scheduled for May 12.

Krastev, as cited by econ.bg, vowed Wednesday that he would never allow a sale of the cargo unit of the Bulgarian State Railways (BDZ) company for next to nothing.

He informed journalists that the deadline for the privatization of BDZ Freight Services has been extended by 16 days, stressing that if the deal was finalized, the company would be sold at an adequate market price.

Krastev went on to say that a financial recovery plan would be drafted for the cargo unit of BDZ and the launch of measures under the scheme would not be postponed until the last day of the privatization procedure.

Two days ago, Emil Karanikolov, Executive Director of Bulgaria's Privatization and Post-Privatization Control Agency, assured that none of the four candidates to buy BDZ Freight Services had withdrawn their bid.

He also made clear that a woman would be appointed as second Deputy Transport Minister by the end of the week.

Moskovski emphasized that the appointment of Krastev was a very good step, adding that he was a professional with sufficient experience in the sector.