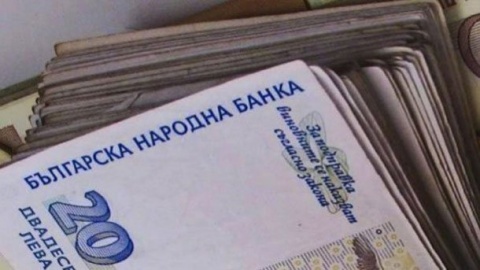 Tax receipts from the tax on interest earned from bank deposits for January amounted to BGN 8.6 M, compared to the annual target of BGN 150 M.

The 10 percent tax on interest earned from deposits was conclusively approved by Bulgaria's Parliament in November 2012 and took effect in January 2013.

According to data of Bulgaria's Finance Ministry, as cited by Capital Daily, banks with a major share of household deposits channeled less than planned into the state budget, given that only interest on fixed-term deposits is taxable.

According to January statistics, deposits with agreed maturity (including fixed-term deposits) decreased by BGN 244.4 M on the month, while deposits redeemable at notice (including savings accounts, where the interest is not taxable) went up by BGN 379 M month-on-month.

Statistics also indicate that the volume of fixed-term deposits increased by an average BGN 223.4 M per month in the 12 months until September 2012, in October 2012, when the tax was approved at first-reading, the increase amounted to a mere BGN 54.03 M, and the increase in November came in at BGN 45.59 M.

The smaller revenues from the tax on interests on deposits will not be a major problem because under the best-case scenario they can provide less than 0.5% of the consolidated revenues of the state for a year

The failure in reaching the target for receipts from the 10% deposit interest tax does not pose a major problem because it can cover less then 0.5% of the consolidated  revenues of the state for a year under the best-case scenario, Capital Daily informs.

However, the newspaper suggests, the fact that receipts from deposit interest tax failed to reach the target calls into question the appropriateness of the tax and suggests that a more efficient solution may be required.