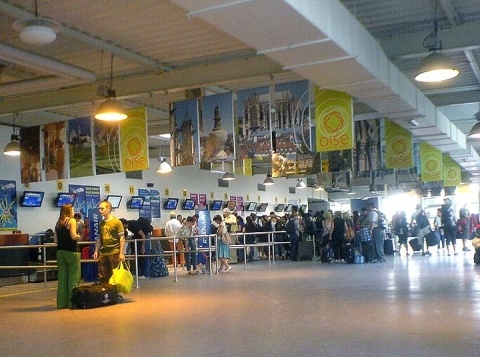 Snow storms and blizzards have caused delays and cancellations at Paris' Beauvais Airport. Photo by air-travel.discoverfrance.net

A group of Bulgarians have been stranded overnight at the Beauvais Airport in the French capital Paris.

They have been taken from the plane from Paris to Sofia without any explanations, according to Mina Gergova, representative of a travel agency.

The passengers called the travel agency and on their turn they started calling several institutions but no one paid any attention to them, Gergova explained.

The person who picked up the phone at the Foreign Ministry in Sofia told them all offices were closed and they could not do anything after business hours.

The Ministry, however, reported later that the Bulgarian Embassy in Paris has placed several phone calls to the airline and the Bulgarians finally received assistance.

Northern France is in the grip of snow storms and blizzards which caused the delays at Beauvais, including the Bulgarians' flight.

The Bulgarian Embassy in Paris further informs the flights will resume regular schedule at 12:30 pm, while the time of the one to Sofia is to be announced later.