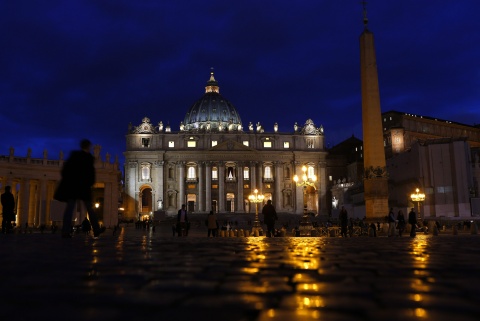 On Tuesday afternoon, 115 cardinal-electors, all of them under 80, will walk to the Sistine Chapel to begin the secret election, after a public Mass in St. Peter's Basilica in the morning, according to reports of the BBC News.

The cardinals are to begin voting late on Tuesday afternoon, with no clear frontrunner in sight.

The cardinals will vote four tines daily until one candidate has won a 2/3 majority, or 77 votes.

Black smoke from a makeshift copper chimney on the roof of the Sistine Chapel will indicate that no candidate has been elected while white smoke will announce the election of the 266th Pope.

The 115 cardinals will be banned from communicating with the outside world and the Vatican has installed electronic counter-bugging measures to ensure secrecy.

The election was prompted by the surprise resignation of Benedict XVI announced on February 11.