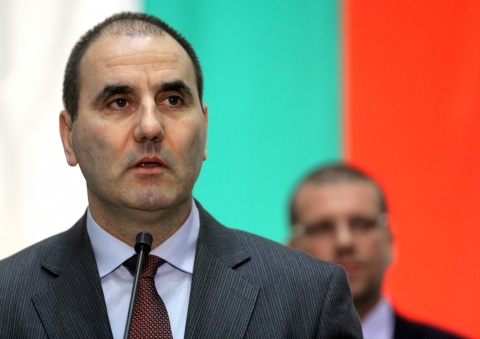 Outgoing Interior Minister Tsvetan Tsvetanov has informed that the police are investigating two versions for the abduction of Lora Baneva, daughter of alleged Bulgarian drug lord Evelin Banev AKA Brendo.

In a Monday interview for the Bulgarian National Television (BNT), Tsvetanov explained that no details would be disclosed yet in order to not obstruct the work of the investigating authorities.

He pointed out that the style of the abduction of Lora Baneva was quite different from the one deployed by the organized crime group specialized in abductions known as The Impudent ("Naglite").

Commenting on clashes between police and protesters in the southwestern city of Blagoevgrad on Sunday, Tsvetanov suggested that there was no reason for the dismissal of the director of the local police directorate because the police officers had simply tried to prevent an illegal road block attempted by around 100 people.

Bulgaria's outgoing Interior Minister, as cited by Sega daily, hinted at provocations, stressing that a number of politicians and organized crime figures profited from the clashes between police and protesters.

He reminded that the mass nationwide protests had started as a reaction to power distributors and not the Bulgarian government.

Tsvetanov claimed that Sunday's protests had been used as a platform by politicians who had hardly registered any activity within their structures or parties over the past three or four years.

He further boasted that his term in office at the Interior Ministry had brought about a number of successful reforms and police operations, adding that the institution would focus on the introduction of new technology.

Tsvetanov also suggested that greater publicity was already being given to the work of the Interior Ministry.

Commenting on the latest postponement of Bulgaria's accession to Schengen, he said that the topic was causing heated discussions in EU countries after the Arab Spring.

Tsvetanov argued that the expansion of Schengen had become a particularly sensitive issue in countries experiencing problems with their social systems.

He emphasized that the debate on the expansion of Schengen had turned into a political debate which was no longer based only on the implementation of accession criteria.

Tsvetanov said that the debate about Bulgaria's accession to Schengen had moved to Germany because of the upcoming elections in the country.

He made clear that a series of meetings would be held between Bulgarian and German politicians to assuage fears that the country's social security system would be abused by a wave of immigrants.