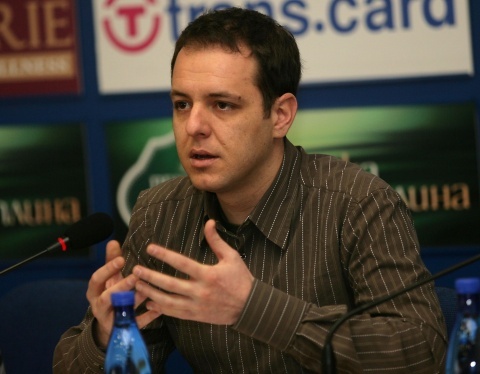 Sunday the Greens held a special press event in Sofia, in the context of ongoing protests against economic stagnation and entanglement between politics and mafia.

"The Greens request that police and prosecution start urgent investigations against persons involved in the TIM group," said Sandov.

"The group is suspected in money siphoning and laundering in a huge scale, as well as in systematic racketeering against citizens and businesses," added the green leader.

The informal TIM group is known to be based in Varna and to dominate Bulgaria's north-east, while having significant holdings across the country.

It is seldom mentioned in public discourse, as many believe that numerous politicians and media outlets are dependent on it in one way or another.

During the past weeks, Varna was home to the most numerous protests in the whole country.

Plamen Goranov, who set himself on fire and perished in hospital days later, was one of the few figures to publicly point a finger at TIM.

At the press event Sunday, Greens co-chair Sandov called on Bulgaria's State Financial Inspection to urgently start a check on two retirement fonds suspected to be held by TIM.

He further attracted attention to TIM's interests in Bulgaria's energy sector, with significant shares in the Bulgarian unit of power utility CEZ, as well as a number of fuel production companies.

"TIM's influence on economic and political life in Varna and the whole of Bulgaria must come to an end," said Sandov.

According to him, the now resigned government of Bulgarian PM Boyko Borisov is guilty of complete failure in fulfillng its self-stated priority to curb organized crime in the country.