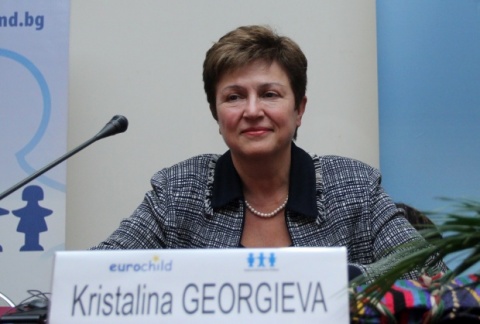 Bulgaria's Schengen membership is not a top priority and it might be better to not rush to it in the upcoming couple of years, according to Bulgarian EU Commissioner Kristalina Georgieva.

Speaking for Darik radio Saturday, the Commissioner listed as main priority increasing income of retirees and families with young children.

She said the above could be achieved by a loan in the amount of about BGN 1 B and by redistribution of budget costs.

Georgieva admitted Bulgaria went too far with its attempts to maintain strict fiscal discipline, but stressed it would be crucial how and for what the money from the loan would be used.

"I am always nervous when it comes to obtaining an outside loan for internal goals because I think such loan must be invested in boosting the economy. But it is very important to increase income" said she, adding the loan could come from the inside market as well.

She confirmed the earlier announcement of President, Rosen Plevneliev, there was no way for her to assume the post of caretaker Prime Minister as she must continue with her commitments and duties at the European Commission.

According to her, in the next Cabinet the Finance Minister should not be appointed Deputy PM, as it was in the last term of the outgoing government.

"We all know that in Bulgaria two top issues remain unresolved – the social sector and assistance for the small and medium business," Georgieva noted.

The Commissioner said Brussels is nervous about Bulgaria over two trends – unemployment and measures to tame it and loosening fiscal control in attempts to have economic growth and improve the social sector.

The center-right government of Bulgarian PM Boyko Borisov and his Citizens for European Development of Bulgaria, GERB, party resigned on February 20 amid protests against poverty and corruption.