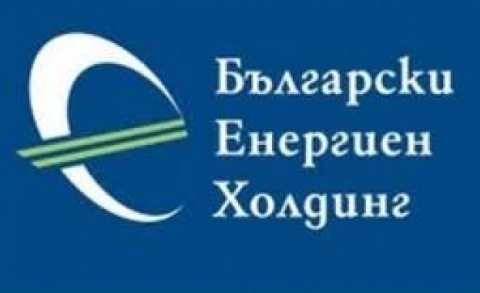 After that the company will tap international markets, aiming to issue EUR 250 M worth of bonds, Economy and Energy Minister Delyan Dobrev announced.

It was not immediately clear whether the money will be used for BEH participation in various projects such as "Nabucco" and gas interconnections with Turkey and Greece or to refinance the existing debt to BNP Paribas for the nuclear power plant project at Belene.

The previous Socialist-led government hired in 2007 BNP Paribas SA to arrange a EUR 250 M loan, assess the financial risks and prepare tenders to select banks for funding the project at the Danube river town, whose price tag towered from EUR 4 B to EUR 10 B.

Fitch, the rating agency which was surprisingly selected by the state energy holding company, assigned it at the beginning of March a long-term foreign currency issuer default rating (IDR) of 'BB+' and long-term local currency IDR of 'BB+' with stable outlooks.

The ratings reflect BEH's and its 100%-owned subsidiaries' (BEH group) dominant position in the country's electricity and gas markets, its strong links with the Bulgarian state ('BBB-'/Stable) and evidence of tangible state support.

Bulgaria officially broke up with Fitch in March 2010 in a bid to cut costs and amid a flood of negative assessments and warnings, which Sofia slammed as manipulation of public opinion and blackmail par excellence.

It is not right if a small country such as Bulgaria pays BGN 300,000 each year to be rated by yet another rating agency, the finance ministry commented back then.

The statement echoed the comments of local analysts, according to whom the gloomy forecasts for Bulgaria that Fitch Ratings had lately begun to churn out were in response to the state decision to suspend its contract with the agency.

Insiders say outgoing Finance Minister Simeon Djankov was surprised by BEH decision to contract Fitch rating agency, but was assured its bid was the best.

BEH was incorporated in 2008 with a decision of the previous Socialist-led government.

All companies, brought together in the holding structure, preserve their operational independence and licenses, as they are all owned and directly subordinated to the corporate center BEH EAD.

The Bulgarian Energy Holding EAD is one of the largest companies in the region, and national energy leader.

Bulgaria tapped last summer international markets to raise funds to repay the first tranche of about EUR 835 M (USD 1.07 B) in 11-year Eurobonds, which matured on January 15, 2013. The next tranche however is due in 2015 and Sofia may be forced to go to the markets again.