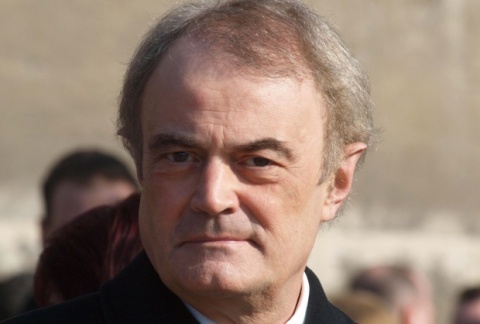 Embattled Varna Mayor, Kiril Yordanov, finally announced Wednesday he was resigning from the post he held for a number of years.

Yordanov made the announcement minutes after 12 pm inside the City Hall, which was crowded with police, media, and citizens anticipating the news.

He said his name has been tarnished in recent days, thus he could no longer represent Varna residents.

The news comes on the very same day when the country is mourning Varna man, Plamen Goranov, who passed away Sunday after setting himself on fire.

Goranov, 36, took the drastic action on February 20, amid a wave of massive protests across the country against poverty, economic stagnation and corruption.

In addition to demanding the resignation of fourth-term Varna Mayor, Kiril Yordanov, he was one of the few to explicitly blame shady TIM business group, centered in Varna, for the dire situation in the country and in the north-east in particular.

As soon as the news about his sacrifice emerged, the Mayor said he would resign only if the probe establishes evidence he was directly responsible for the tragedy.

However, on Wednesday, while announcing the resignation, Yordanov stated his "moral commitment to what Goranov had done has ended up being insurmountable."

"They asked for my resignation and I am giving it today. Those who shouted for it though, are not the people who cast a ballot at the last election, and I differ from the first. This resignation is detrimental to young people who just days ago endorsed me," he said.

Yordanov stated other people, not him, were guilty and responsible for the turmoil and the protests in the country, stressing time would prove this statement. He pledged to clean his name after accepting the burden of being seen as the culprit for Varna's decline as a city.

"The events are too hot to allow us to make reasonable assessments and judgments. Others threw the country in misery and disaster, and I cannot answer people's just questions about banks, interest rates, prices of electric power and fuels. We are all victims of a sinister scenario; Plamen is also its victim. I thank Varna people who elected me four times. To this city, where I have been born and which I love, I wish wisdom, health and a great future," the Mayor pointed out.

Yordanov was lastly endorsed by the center-right Citizens for European Development of Bulgaria party GERB and elected on its ballot. He is said to have been serving TIM's interests.

The center-right government of Bulgarian PM Boyko Borisov resigned amid unprecedented since 1997 protests on February 20, with snap elections to be probably held May 12, just two months ahead of the regular date in July.

However, many in Bulgaria remember Borisov and Tsvetanov both demonstrating great closeness with Yordanov, and Borisov saying at the time the latter was the best choice GERB could have made for their ballot.