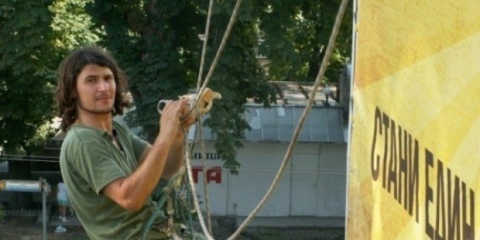 Plamen Goranov, a Varna activist, might in fact have been set on fire by another person, according to friends' allegations. Photo by bTV

36-year-old Plamen Goranov, who became known as the Bulgarian Jan Palach, after setting himself on fire in protest against the domination of the TIM security and business group in his native city of Varna, and passing away subsequently, might have been murdered.

According to friends of Goranov's, before allegedly setting himself on fire, Goranov carried on him a banner with demands for the authorities with with 5 pm on February 20 as the deadline for their execution.

In their Facebook posts, Goranov's friends claim that he did not commit suicide but was murdered, and advise his parents to delay his funeral and to seek an investigation.