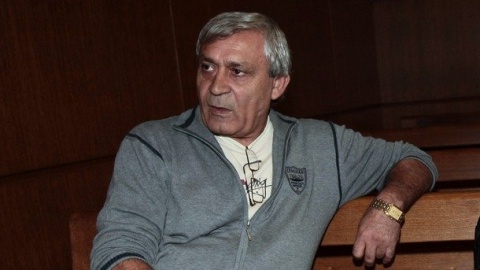 Roma boss, Hristo Varbanov AKA The Pope is the uncle of scandalous Bulgarian chalga singer Azis. Photo by BGNES

A ?1.2MILLION violin nicked from a London cafe in 2010 has turned up in a police sting on a gypsy boss in Bulgaria.

The Stradivarius, in its case, was stolen from virtuoso Min-Jin Kym, 30, as she bought a ?2.95 sarnie at Euston Rail Station.

Kym, who plays with the Royal Philharmonic Orchestra, referred to the instrument as "my life".

The thief, an Irish traveller, tried to sell it for ?100 and refused to say where it had gone when he was finally arrested.

Cops believed the instrument — made in 1698 by Italian master Antonio Stradivari — had been spirited abroad. The trail led to gypsy mafia boss Hristo Varbanov in Sofia.

He was arrested after trying to sell the violin to undercover cops for around ?250,000.