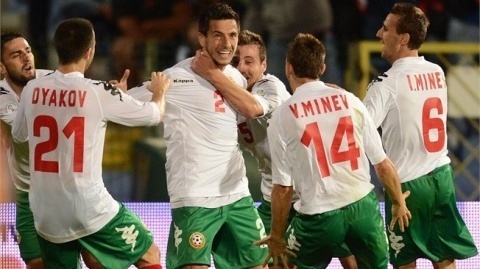 Lyuboslav Penev's side ranks second in Group B in the World Cup qualification matches with six points from four matches, four points behind leaders Italy. Photo by FIFA.com

Bulgaria will play Japan in a friendly on May 30 at Toyota Stadium, the Japan Football Association has announced.

Bulgaria is currently second behind Italy in its World Cup qualifying group.

Japan can qualify for their fifth World Cup finals in succession with victory away to Jordan on March 26.

The two countries have met four times so far, with Bulgaria winning three times and drawing once.

"June will be a very important month for us and this match will be an important part of our preparations," Japan coach Alberto Zaccheroni said in a statement.

"Bulgaria have a lot of high quality players and I am aware they are a good team. They are doing well in their World Cup qualifiers in the same group as Italy," he added, as cited by The Japan Times.