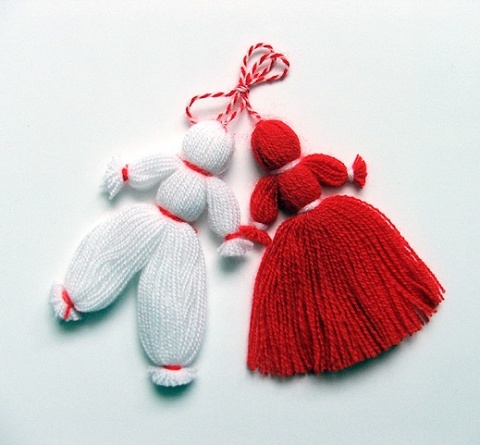 A file photo of a typical Bulgarian martenitsa.

Friday sees Bulgaria celebrate one of its most loved traditional holydays - Baba Marta, which is believed to mark the beginning of spring.Celebrated on March 1, Baba Marta (Grandma March) is believed to be a feisty lady who always seems to be grudging at her two brothers, while the sun only comes out when she smiles.

On March 1, almost everyone in Bulgaria can be seen with a Martenitsa - a small piece of adornment, made of white and red yarn, which will be warn until around the end of the month (or the first time an individual sees a stork, swallow or budding tree - the first signs that spring has arrived.)

A legend goes that the martenitsa tradition has been inspired by Bulgaria's first Khan Asparuh, who sent a white string to his wife to tell her he survived a battle.

When the martenitsa is taken off, many people tie it to a tree - one that they'd like to be especially fruitful. Others place it under a rock and based on what they find there the next morning guess what kind of a year this one would be.

The martenitsa now comes in all shapes and sizes - from Guiness-worth giant building packages to two tiny simple strings gently placed on a newborn's arm.