Bulgarian Nominated for Netizen of the Year Award 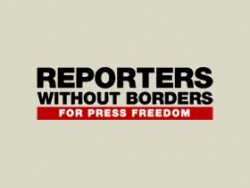 Bulgarian investigative journalist Assen Yordanov has been nominated for Reporters Without Borders and Google's Netizen Prize 2013.

Yordanov is one of the co-founders of BalkanLeaks, an anonymous leaking site which over the last two years has released documents through its news site Bivol that deal with alleged corruption in Bulgaria's banks, widespread bribery in the Bulgarian judiciary and claims of Prime Minister Boyko Borisov's mob ties, among others.

To support their efforts and to mark World Day Against Cyber-Censorship, Reporters Without Borders and Google award the Netizen Prize every 12 March with the aim of drawing the public's attention to the need to defend online free expression.

Since 2008, this prize has been awarded to journalists, bloggers and other netizens who have made a distinguished contribution to the defence of freedom of expression on the Internet.

To stimulate online interest, the winner of the Netizen Prize will this year for the first time be elected by the Internet public, who are invited to cast their vote online.

From today until 5 March, Internet users can vote for the nominee they think best represents the fight for online freedom of information by going to the Reporters Without Borders YouTube channel (www.youtube.com/netizen2013).