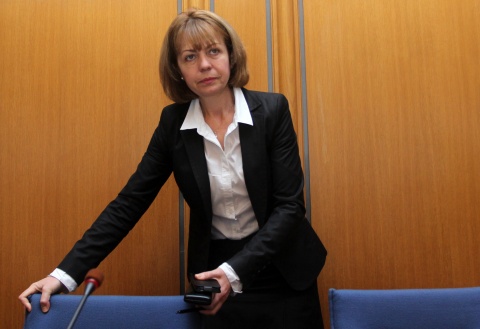 Sofia Mayor Yordanka Fandakova claimed that the decision for the dismissal of the head of Sofiyski Imoti would have a disciplining effect for all municipal structures. Photo by BGNES

Sofia Mayor Yordanka Fandakova proposed the dismissal of Tsvetkov at the previous session of the Sofia Municipal Council after Georgi Kadiev, municipal councilor from the Bulgarian Socialist Party (BSP), presented invoices for luxury perfumes, alcohol, household appliances, medicines, and equipment worth over BGN 5000 bought at the expense of Sofiyski Imoti, according to reports of the Bulgarian Telegraph Agency (BTA).

Fandakova announced last week that she wanted a new competition for a Director of Sofiyski Imoti and defined the expenses incurred Tsvetkov as "ridiculous."

The Sofia Mayor claimed that the decision for the dismissal of the head of Sofiyski Imoti would have a disciplining effect for all municipal structures regardless of the fact that the case in point involved a small sum.

The municipal councilors, however, rejected the proposal of Georgi Kadiev to dismiss Stoyan Tsvetanov, CEO of heating utility Topolofikatsiya Sofia.