Electricity Prices in Bulgaria to Drop on March 1 – Outgoing Minister 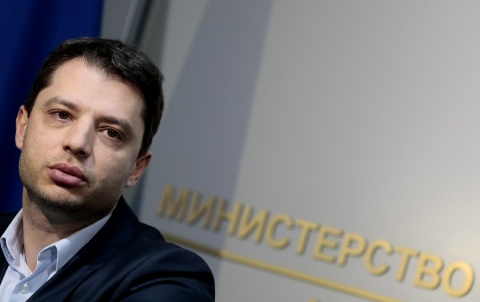 Bulgaria's outgoing Economy and Energy Minister Delyan Dobrev has vowed that electricity prices will drop from March 1 without citing a concrete percentage. Photo by BGNES

Dobrev's Wednesday statement came one day after the parliamentary committee on economy, energy and tourism adopted at first and second reading legal amendments allowing the State Commission for Energy and Water Regulation (DKEVR) to change electricity prices at its discretion, not just once a year.

The new provisions are to be promulgated into an extraordinary issue of the State Gazette on Thursday, thereby taking effect.

Dobrev, as cited by the Focus news agency, made clear that the amount of the price decrease and the period of its validity were yet to be decided.

He noted that the price drop would be made possible by reducing the share of power plants producing expensive electricity in the energy mix and downsizing technical losses of power distributors from 15% to 10%.

Dobrev claimed that a decision of DKEVR was a better option for introducing a decrease in electricity rates than an ordinance of the Energy Minister, as suggested by Chief Prosecutor Sotir Tsatsarov earlier on Wednesday.

Bulgaria's outgoing Energy Minister explained that the promulgation of the new provisions of the Energy Act would allow DKEVR to hold a sitting on Thursday or Friday and to decide the amount of the price drop, adding that the update would take effect on the day of its adoption.

He went on to say that the reduction in electricity tariffs would not apply retroactively.

High electricity bills unleashed a series of nationwide protests in major cities in Bulgaria for over 2 weeks, which led to the collective resignation of the center-right GERB government and the launch of inspections at the three power distributors functioning in the country.