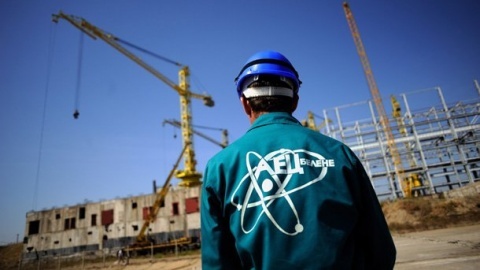 The vote was prompted by a recent referendum on the construction of a new nuclear power plant in the country.

Under the law, the recent referendum results imposed for the Belene NPP to be put back on the Parliament's agenda, as voter turnout slightly exceeded 20%. 61% of the voters said "yes" to the construction of a new nuclear power plant; 39% cast a "no" ballot.

The right-wing Blue Coalition and the ruling center-right GERB have opposed plans for the construction of Bulgaria's second nuclear power plant, while the left-wing Bulgarian Socialist Party and the far-right nationalist Ataka have fervently supported the project.

Ahead of the Tuesday sitting, the Blue Coalition tabled a proposal to scrap the project for good, while BSP countered with the exactly opposite one.

A total of 114 MPs voted in favor of the Blue Coalition's proposal, while 40 were against.

A total of 96 lawmakers voted against BSP's proposal, while 33 were in favor and one abstained.

Lawmakers from BSP and Ataka expressed their hope that the next Parliament will revive the project.

Borisov and his Cabinet resigned last week amidst mass protest rallies against unbearable utility bills and wide-spread poverty that turned into a civil unrest against the political model of ruling the country.

On Wednesday, the Parliament also recommended that the government announce an international competition for bids on the construction of an additional nuclear unit on the site of the existing Kozloduy NPP.