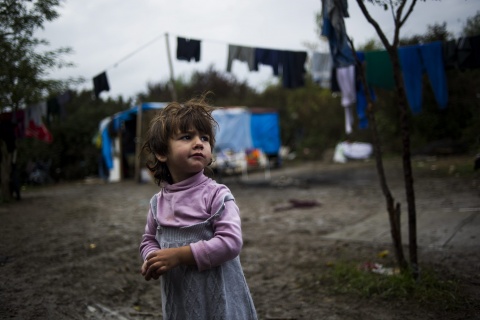 A program of Germany’s ARD TV channel on Tuesday evening featured a discussion on the topic "Poverty immigrants: Is Germany overwhelmed?" Photo by EPA/BGNES

Wilfried Scharnagl from Germany's Christian Social Union (CSU) has argued for an urgent reinstatement of the visa regime in order to stop a flood of poor immigrant Roma families from Bulgaria and Romania.

According to reports of Die Welt, the issue was brought up after the German Association of Cities sounded the alarm that the cities and municipalities would not be able to deal with the consequences of increased immigration of impoverished Roma families.

Speaking during a program of ARD TV on Tuesday evening on the topic "Poverty immigrants: Is Germany overwhelmed?", Scharnagl, as cited by Die Welt, used the discussion to settle the bill with the EU as a whole.

He argued that the EU had brought the problem to Germany and it was therefore supposed to clean up the mess it had caused.

Scharnagl claimed that the EU administration was shying away from real issues and dealing with regulations on light bulbs and shower heads instead.

"We Germans cannot solve all the problems of the world," Scharnagl concluded.

According to Die Welt, instead of an in-depth discussion, the talk rapidly degenerated into a heated exchange between Roma activist Hamze Bytyci and Wilfried Scharnagl.

The other participants in the discussion were Guntram Schneider from the Social Democratic Party of Germany (SPD), Bulgaria-born pop singer Lucy Diakovska, Michael Willhardt, Chair of the Duisburg-based unit of a civic initiative for urban development, and ?zlem Gezer, journalist of Der Spiegel.