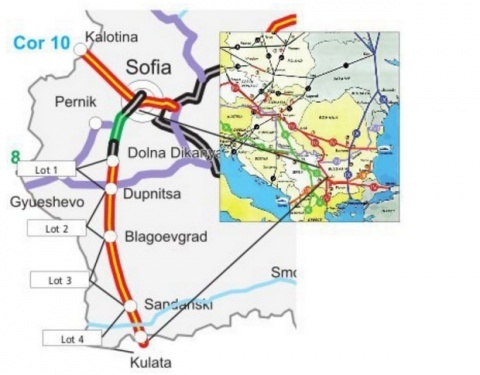 Bulgaria will sign a contract on Wednesday with a Bulgarian-Italian tie-in to design and build Lot 2 of the Struma Highway connecting the towns of Dupnitsa and Blagoevgrad.

The 37-km section of the highway is expected to be completed by 2015.

The Bulgarian-Italian Consortium Struma – Lot 2 emerged the most likely winner among a total of three candidates at the bid opening held at the end of last year.

The other four candidates were not allowed to this stage of the tender process.

The top criterion in the tender process was the most economically advantageous bid.

The construction of Lot 2 of the Struma Highway running from Sofia to the Bulgarian-Greek border is scheduled to end in 2015.