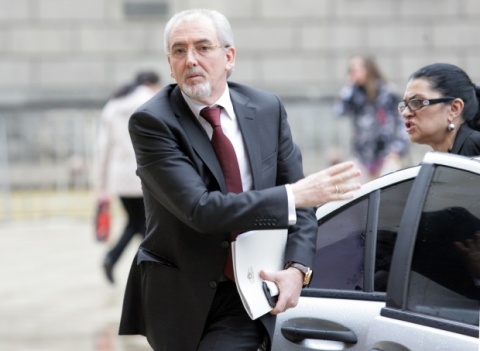 Upon the conclusion of the Tuesday emergency sitting of the Consultative Council for National Security, KSNS, DPS leader, Lyutvi Mestan, pledged to log a written request to Tsatsarov Wednesday to launch a probe against Borisov for his accusations DPS honorary lifetime Chairman Ahmed Dogan had plotted his murder.

The request will be grounded on violations of Classified Information Act and on defamation, Mestan explained, adding he had stated his intentions both before KSNS and the President, as informing the media had proven insufficient.

Last Thursday, speaking from the parliamentary rostrum just minutes after parliament accepted with overwhelming majority the resignation of the government of his Citizens for European Development of Bulgaria party, GERB, Borisov shockingly stated Dogan wanted him dead, citing a document from the intelligence of a foreign country.

He said he learned about a plotted assassination attempt on his life just two weeks ago. The attempt on the outgoing PM's life, dating from the summer of 2009, just ahead of the previous general election, stemmed from him inflicting on the interests of a powerful, international organized crime group.

Borisov's words prompted an immediate and outraged reaction of Mestan, who issued a declaration on behalf of all followers and supporters of his party, labeling the information a threat to ethnic peace in the country and an attempt to ritually discredit Dogan.

He came close to accusing Borisov of lying, stressing if any of his claims were true that would have become public a long time ago.

"How come; who is Boyko Borisov to place himself above the law and make public classified information in a live TV broadcast? This must not be left without consequences," Mestan said Tuesday.

Borisov grounded his decision to resign on not wanting to see blood on streets and fences around the building of the Parliament. He said he was returning the power to the people who elected him in the summer of 2009.

The breaking news about his resignation came amidst unprecedented since 1997 protest rallies against unbearable utility bills, monopolies, and wide-spread poverty that turned into a civil unrest against the political model of ruling the country.