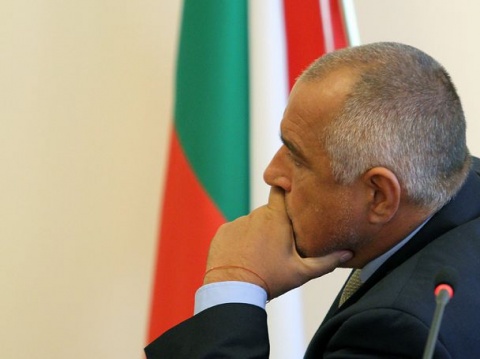 A new movement has set the goal of uniting all Bulgarians who want outgoing Prime Minister, Boyko Borisov, to keep ruling the country. Photo by BGNES

An Association named "Front for Saving Bulgaria - for Boyko" has been established in the Bulgarian capital Sofia Tuesday with the goal of uniting all Bulgarians who want outgoing Prime Minister, Boyko Borisov, to keep ruling the country.

The Association was founded by a lawyer, a musician, and a journalist, amidst fears the large-scale protest rallies might restore to power the previous Cabinet of the Three-Party Coalition.

Journalist, Milen Miloushev, says Borisov had not have an idea about the Association until 10 pm Monday, after which he sent him a short text message, SMS, since due to his media profession he had his phone number.

"He does not know who we are. We have not spoken to him yet," said the journalist, stressing only Borisov's Citizens for European Development of Bulgaria party, GERB, could carry out the best policies for the country, and the Association aims at preserving democracy and institutions.

The new formation demands a bank and a judicial reform, such as the State purchasing one fourth of the default loans to be repaid to it gradually by their owners, and direct election of judges and prosecutors.

"We are not saying that GERB is the best party, but it is the only one so far attempting to face and combat everyone in order to improve the situation in Bulgaria," said musician Anton Stoykov.

"We did not establish the Association because good things are happening. We are not politicians; we don't know the power play; we are common folk, just like you. We are launching this movement as it expresses the opinion of the majority of Bulgarians – people who do not attend protest rallies, but go to work and take care of their families. And their tolerance is exhausted now," lawyer, Valeri Zdravkov, added.

It was reported meanwhile that Borisov has been listed Monday afternoon in a hospital with hypertension.

last Thursday, Bulgaria's Parliament approved the resignation of the government of the Prime Minister and his ruling GERB amidst unprecedented since 1997 protest rallies against unbearable utility bills and wide-spread poverty that turned into a civil unrest against the political model of ruling the country.