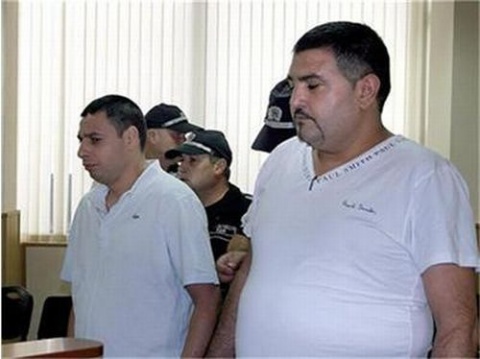 Hristov and Georgiev have been re-sentenced to 7 and 6 years in prison for deliberately running over people with their cars in the village of Katunitsa. Photo by 24 Chasa daily

The Plovdiv Appellate Court has upheld the sentences of Spas Hristov and Georgi Yordanov, ethnic Roma who ran over ethnic Bulgarians during tensions in the village of Katunitsa in September 2011.

Hristov and Yordanov were found guilty by the Plovdiv District Court of running over Petar Georgiev, Valentin Kostov, and Atanas Vasev, causing them wounds, on September 23, 2011, after Roma related to the clan of Roma baron Kiril Rashkov, aka Tsar Kiro, ran over and killed 19-year-old ethnic Bulgarian Angel Petrov.

The ruling of the Plovdiv Appellate Court can be appealed before Bulgaria's Supreme Court of Cassation within 15 days.