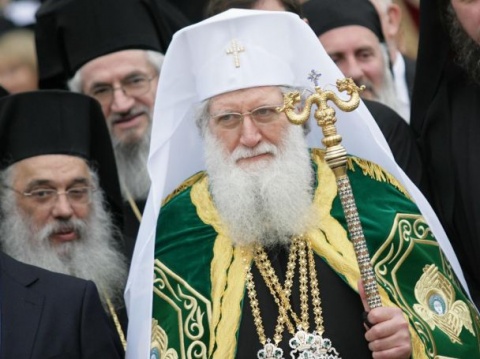 Neofit is the new Patriarch of the Bulgarian Orthodox Church. File photo by BGNES

The new Bulgarian Patriarch and Sofia Metropolitan Neofit will serve his first solemn mass Monday after his election by the Holy Synod and official enthronement one day earlier.

Neofit, formerly a Ruse Metropolitan, prevailed over two other candidates at runoff.

The other two were the Stara Zagora metropolitan Galaktion, and Lovech's Gavriil.

The procession of senior clergy of the Bulgarian Orthodox Church from the building of the Holy Synod to the Alexander Nevsky cathedral, led by Neofit, started at 9 am.

The holy liturgy begins at 9:30 am. A small reception will be held later at the Holy Synod building.

Neofit will be meeting with the President, the Speaker of the Parliament, the outgoing Prime Minister, and other officials on Tuesday.