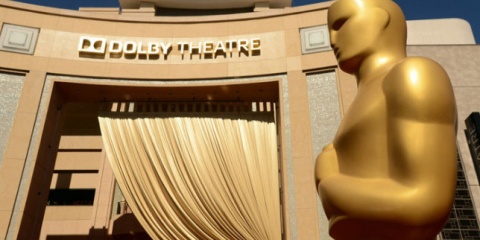 "Argo," directed by Ben Affleck has won the prize for best picture at the 85th Oscar awards Sunday.

The glamorous ceremony, held at the Dolby Theater in Los Angeles, was hosted by Seth MacFarlane.

At the start of the ceremony he joked: "Argo's story is so top-secret that its director remains unknown to the Academy," referring to Affleck's omission from the best director category.

"Argo" is the first best picture winner not to be nominated for best director since 1989's "Driving Miss Daisy."

Accepting his award alongside fellow producers George Clooney and Grant Heslov, Affleck paid tribute to the "genius" Steven Spielberg whose film, "Lincoln," lost out in the same category.

"I never thought I would be back here and I am because of so many of you who are here tonight. It doesn't matter how you get knocked down in life, all that matters is that you get up," BBC quoted him saying, referring to his previous Oscar success with 1997's Good Will Hunting.

Daniel Day-Lewis won the best actor prize for his role in "Lincoln."

The British-born actor made Oscar history by becoming the first to win the best actor prize three times.

"I really don't know how any of this happened. I do know I've received much more than my fair share of good fortune in my life," he said.

In a live broadcast from the White House, First Lady Michelle Obama joined Jack Nicholson to help present the final prize of the night.

Jennifer Lawrence won the Oscar for best actress for her role as a young widow in "Silver Linings Playbook."

It was the first Oscar for the 22-year-old, who was previously nominated for best actress in 2011 for her performance in "Winter's Bone."

Anne Hathaway won the Oscar for best supporting actress for her role as tragic factory worker Fantine in movie musical "Les Miserables," also a first for her.

Christoph Waltz won his second Oscar for best supporting actor in a Quentin Tarantino film, this time as a German bounty hunter in the slave revenge story "Django Unchained."

The Austrian actor won his first Oscar as a Nazi colonel in Tarantino's "Inglourious Basterds" in 2010.

Tarantino won the original screenplay prize for "Django Unchained," adding to the Oscar he won for writing Pulp Fiction in 1994.

Ang Lee won his second Oscar for directing "Life of Pi," the adaption of Yann Martel's fantasy novel about a boy stranded in a lifeboat with a Bengal tiger.

"Life of Pi" picked up two Oscars in the early stages of the awards for cinematography and visual effects. Bulgarian visual effects artist, Lyubomir Hristov, is a member of the Oscar-winning team.

There was a tie in the sound editing category - the Oscar was shared by "Zero Dark Thirty" and "Skyfall."

"Searching for Sugar Man," which tells the story of musician Rodriguez who disappeared from public view in the early 1970s but developed a cult following in South Africa, won the Oscar for best documentary.

Earlier, nominees, presenters and guests arrived on the red carpet outside the Dolby Theatre watched by hundreds of fans and members of the world's media.

Almost an hour into the three-and-a-half hour show, Halle Berry introduced a tribute to the James Bond franchise. The show also featured a salute to movie musicals of the past decade.

During the section of the show that pays tribute to those who died in 2012, Barbra Streisand sang the late Marvin Hamlisch's "The Way We Were," from the 1973 romantic drama in which she starred with Robert Redford. It was Streisand's first Oscars performance for 36 years.