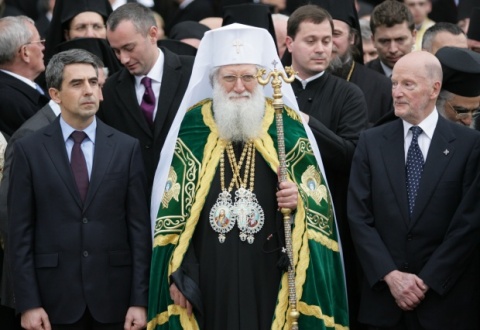 Heavy is the cross that God and our Holy Church are giving me today, but in God's words I trust and ask him for strength for when I am weak, then am I strong, Bulgaria's new patriarch said.

Patriarch Neofit delivered his first address to the Bulgarian Orthodox Christians during his inauguration at St. Alexander Nevsky Cathedral.

"The patriarch's mission requires denial of anything that would impede it, proclamation of loyalty to God and obedience to His holy will, willingness to follow Christ who humbled himself by being obedient unto death, even death on the cross," Patriarch Neofit said in his speech.

"I find inspiration in those bright personalities and passionate patriots in our history, patriarchs, saints and confessors, who have always acted as children of light. Patriarch Maxim, whose successor I was elected today, left a shining trail and I bow my head in homage to his life and work," said the new Bulgarian Patriarch.

"Caring for the priesthood, spiritual schools, churches and educational activities will be assigned top priority. I will support and encourage charity and generosity," he promised.